Garet Hil is the Founder & CEO of the National Kidney Registry. He has 30 years of business experience, including serving as Chief Executive Officer for both public and private companies.

Mr. Hil became involved in transplantation when his daughter was diagnosed with kidney failure at age 10. After he and his wife were both deemed incompatible, a difficult and extensive donor search finally resulted in a successful transplant for their daughter. That process inspired them to create a better way to facilitate transplants for the thousands of people with incompatible donors in desperate need of a kidney transplant.

In addition to leading the National Kidney Registry, Mr. Hil is the President of Hil & Company LLC, a software development and data processing firm. Prior to founding the National Kidney Registry, Mr. Hil held leadership positions in companies from a variety of industries including securities processing, technology, logistics, digital printing, fulfillment, steel distribution and textile manufacturing. He has successfully led five startups, three turnarounds, four acquisitions and two divestitures including the successful $1.1 billion sale of the company he started and led for 11 years.

His work in transplantation was featured on the front page of the Sunday New York Times and has been profiled in numerous national television programs including CBS Evening News, ABC World News and Nightline. Mr. Hil served in the USMC, completing Navy Combat Dive School and Army Airborne training while serving in a Recon unit prior to his honorable discharge in 1985. He is a power lifter, a triathlete and lives with his family in Greenwich, Connecticut. 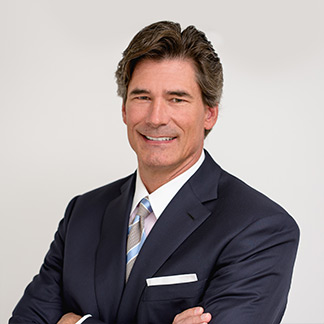